Who is the Ombud?

The Ombud is an independent officer of the Legislative Assembly who investigates complaints from the public about New Brunswick government services. Charles Murray has been New Brunswick’s Ombud since 2013. Ombud offices are present throughout the Canadian provinces and their services are free. 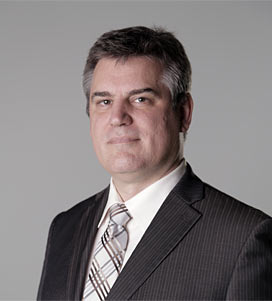 Charles Murray was sworn in Ombud of New Brunswick on July 3, 2013 for a seven-year term. He is the seventh person to serve as Ombud for the province of New Brunswick since the establishment of the Office in 1967.

Charles is a graduate of Queen’s University in Kingston, ON, and Dalhousie Law School in Halifax, NS.

He started his career as a private practice lawyer in New Brunswick in the late 1980s. Over the years he has served the provincial and federal governments through various roles.  Most recently, he was the Executive Director of the Electoral Boundaries Commission and Policy Manager of Legislation and Professional Regulation for the New Brunswick Department of Health.

Charles was raised on the Kingston Peninsula and now lives with his wife Sarah and twin boys Gideon and Grant in Fredericton.  He is a member of the Epsilon Y’s Men Club (Fredericton, NB), the Confraternity of Saint James, the New Brunswick Law Society, and the Canadian Bar Association.  He also acts as a Tournament Director in the American Contract Bridge League.

He is a black belt in Kinrosha karate and occasionally walks marathons.

The New Brunswick Ombud’s Office has one central mission: to ensure that all New Brunswick citizens are treated with administrative fairness by government and its agencies.  The Office strives to guarantee that individuals are served in a consistent, fair and reasonable manner by provincial governmental organizations.

In 1967, the Government of New Brunswick introducted legislation creating the Office of the Ombud. The Ombud is an independent officer of the Legislative Assembly, with a mandate under the New Brunswick Ombud Act to conduct independent investigations of complaints.

The Office of the Ombud has jurisdiction to investigate complaints of an administrative nature in respect to government departments, municipalities, school districts, district education councils, regional health authorities, Crown agencies, and a number of agencies responsible to the Province, including some commissions and boards as defined under the Ombud Act.

Depending upon the nature of a complaint, it is sometimes possible to resolve the complaint informally. If an investigation identifies that an administrative flaw has occurred, and the matter cannot be resolved informally, the Act provides for the Ombud to make a recommendation to the administrative head of the authority concerned.

Visit our contact page for information on contacting the Office of the Ombud.